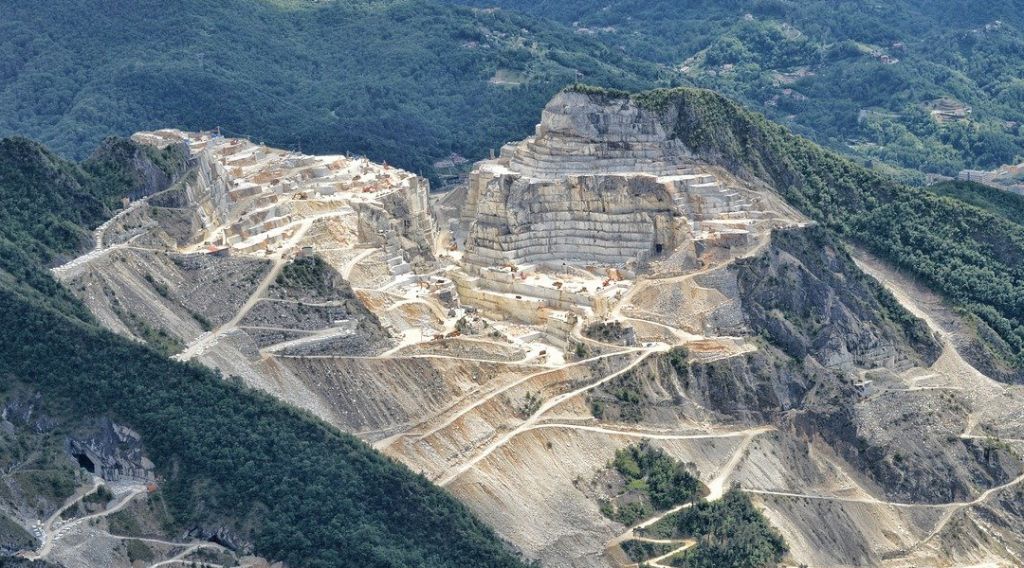 The Alps on the sea

The Apuan Alps are famous especially for high quality of the marbles that are extracted used over the centuries for major artistic artwork worldwide.These mountains were classified as Alps despite their distance from the Alps, for their natural conformation: sheer cliffs and towering peaks that resemble a real Alps rather than the nearby Apennines with softer and rounded traits.Their name comes from the population of the Apuans ancient tribe that lived there until the fourth century B.C.Ancient Roman sources identify them as strong population , resistant to fatigue that even oppose Roman expansionism in alliance with the Carthaginians in the Second Punic War. What seems incredible is the possibility of going within an hour, from the golden beaches on the seashore to the mountain peaks, surrounded by rocky paths and chestnut woods. The wonder is being able to spend a morning in a hike to the peaks of Mount Forato (1,223 meters), Mount Matanna (1317 meters) or on the 1858 meters of the Mount Pania, surrounded by spectacular views and then relax in the afternoon on the windy beaches of Versilia.It is fascinating while swimming in the sea, is possible admire the Apuan Alps that seems be there to guard the territory .The sea and the mountains come together creating a unique tourist destination in Italy.