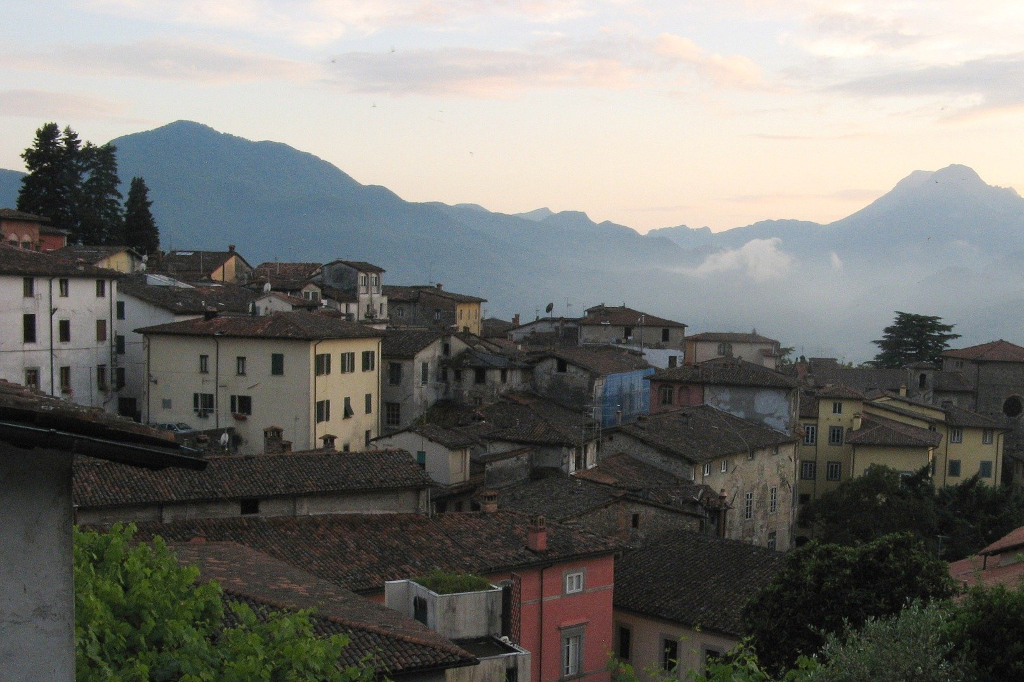 BARGA AND THE GARFAGNANA

Barga and Garfagnana is very little known by the tourists who prefer our land for holiday by the sea; that's why we suggest a route in the inland of Lucca to the discovery of the beautiful Garfagnana.
This area situated between the Apuan Alps and the Tuscan Emilian Apennines has many small villages. It is an area rich in history, culture, culinary traditions and especially is an area with uncontaminated nature.
An obligatory destination is Borgo a Mozzano, place famous for the Devil's Bridge.
The Bridge of the XIV century crosses the river Serchio.
The legend says that to complete in time the construction of the bridge, the builder sought help to the devil, who to help and finish the job in one night, tasked for the soul of who have crossed the bridge for first.
Shrewdly the man, let to cross first a dog that was thrown in the river by the devil himself.
It is from this legend that comes the name Devil's Bridge.
The best time to visit Borgo a Mozzano is the night of Halloween when the entire village comes to life and masks, to celebrate witches and ghosts.
The villagers become actors playing the ”passage of terror“ by interacting with the passersby.
The inhabitants of the village transform their homes into ”places of terror“ and open them to visitors.ontinuing to north, you arrive to the beautiful town of Barga, adopted land of the poet Giovanni Pascoli. It is a medieval village of rare beauty and is located in the heart of Garfagnana a few kilometers from Lucca.
Recently, Barga was awarded of the Orange Flag of the Italian Touring Club gaining recognition as ”One of the most beautiful villages in Italy“.
The main point of interest of Barga is the Cathedral of St. Christopher.
Its construction began in the year 1000 but in the centuries it was expanded and restructured; that's why it has different architectural styles ranging from Romanesque to Gothic.
Sitting on the steps of the Cathedral and watching the mountains behind the hills, you can glimpse the profile of a man lying down, so-called ” The Sleeping Man“.
The Legend says that during World War II the man awoke from its millennial sleep and liberated the city from enemy soldiers.
Barga is also the perfect place to stop and enjoy the typical cuisine of Lucca.
Many of the restaurants use local ingredients and products.
We suggest to stop and have a meal in the restaurants of the heart of the old town, as ”Lo Scacciaguai“, Da Ariosto or ”La Locanda di Mezzo“.
In the center of Barga you can find some shops selling typical products of Garfagnana among which spelt, the ham ”Bazzone“ and the ”Biroldo“, a special and tasty sausage made with scraps of pork.
Keep driving, you arrive to Castelnuovo Garfagnana, the capital of the area whose first traces of the city dates back to Longobards.
Many are the points of interest in Castelnuovo but the more important is the ”Rocca Ariostesca“ (or Fortress). It is the symbol of the city and dominates the central square Umberto I.
It takes its name to none other than poet Ludovico Ariosto who was governor of the province from 1522 to 1525.
La Rocca built in the XII century, was later enlarged becoming real walls at protection of the town especially with the construction of the massive central tower.
The fortress used as a prison was heavily damaged during the World War II.
Later restored, today hosts exhibitions and cultural events and houses the archaeological museum of the city.
Garfagnana can be considered a green island.
The centuries-old forests surround its historic villages that have managed to maintain their original identity: a very close relationship with their own history that characterizes them and makes them really fascinating and very interesting to visit.