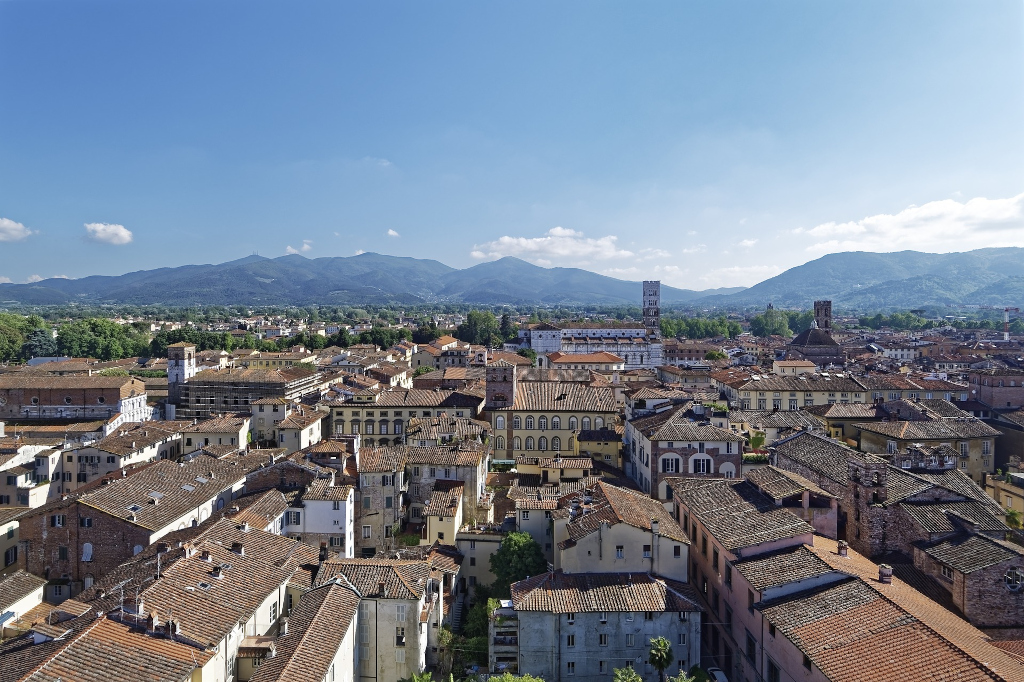 THE CITY OF LUCCA

To all our Guests we absolutely suggest to visit the town of Lucca.
Much less known of Pisa and Florence, Lucca is a wonderful city that keeps intact its historical identity.
Before arriving in the historic centre of the city, you will be attracted and surprised by the city walls dating back to the Renaissance. Completely undamaged they surround the old part of the town and are able to be traveled along by bike or walking. The centre of Lucca is reachable only going through the six large and antique doors.
For the historical value, the walls of Lucca have been proposed to UNESCO as World Heritage Site.
Arriving in Lucca is requested to leave the car outside the walls in one of the many public parking.
Just crossing the road, the tour of one of the most beautiful Italian cities that clearly shows its Roman origins can starts..
The confirmation of Roman origin it is found all over the town but especially in the beautiful and charming Piazza dell' Anfiteatro.This square built on the ruins of an ancient Roman Amphitheatre, maintains its elliptical shape.
Other very suggestive squares are Piazza San Michele, also called Place of the Chains , Piazza San Martino with the Dom and Piazza del Giglio with its homonimous theatre.
Many are the squares and the religious buildings of Lucca that made it the second italian city with more churches after Rome.
The main street is the narrow and medieval Via Fillungo . With its many shops, its ancient cafes and restaurants it is the right place for a day dedicated to the shopping.
To taste and appreciate the real cuisine of Lucca, we suggest to stop at the charming restaurant Il Giglio in the homonimous square or the tavern Canuleia near the Amphiteatre.
At the bakery Taddeucci you cannot miss to buy the Buccellato of Lucca , sweet bread with raisins and anise still handmade with the secret and original recipe created by the young Jacopo Taddeucci 1881.
Lucca is also a very alive and young city offering events and performances throughout the all year.
Every summer there is the Lucca Summer Festival . A musical event lasting more than one month, ever more known and awaited where singers of international fame perform. These include Bob Dylan, Eric Clapton, Elton John, Ray Charles.
Other important events are Lucca Film Festival , dedicated to the international cinema and Lucca Comics , the most famous Italian festival dedicated to comics, role-playing games and video games with exhibitors from all over the world.
There are also many traditional festivals such as The Feast of Triumph of the Cross (a religious Feast) on September 13 or the Palio of the Crossbow a competition of Historical Teams of Shooters of the city.
The Historical Fair a festival with a real Medieval atmosphere with merchants, musicians, street jugglers and stalls exposing and selling hand made crafts.
We are sure that at the end of visiting Lucca, you will be enthusiastic and pleased of seeing one of the more beautiful cities of Toscana full of art and rich in beauty and traditions.